Editor’s note: This post was created as the result of an arms-length collaboration with The Canadian Museum of Immigration at Pier 21.

The voices — male and female, young and old, each with different accents and emotions — leave a powerful, lasting impression.

I’m at the Canadian Museum of Immigration at Pier 21 in Halifax, Nova Scotia listening to a sound installation that explores what it means to be a world citizen within the context of immigration.

The recording, an art piece by Chinese-born Chun Hua Catherine Dong of Montreal, is provocative, even haunting.

It invites listeners like me to reflect on our own ancestral stories, which is fitting given that Atlantic Canada’s only national museum is housed at Pier 21 — the storied ocean liner terminal and immigration shed that served as a gateway for almost one million immigrants travelling to this country between 1928 and 1971. 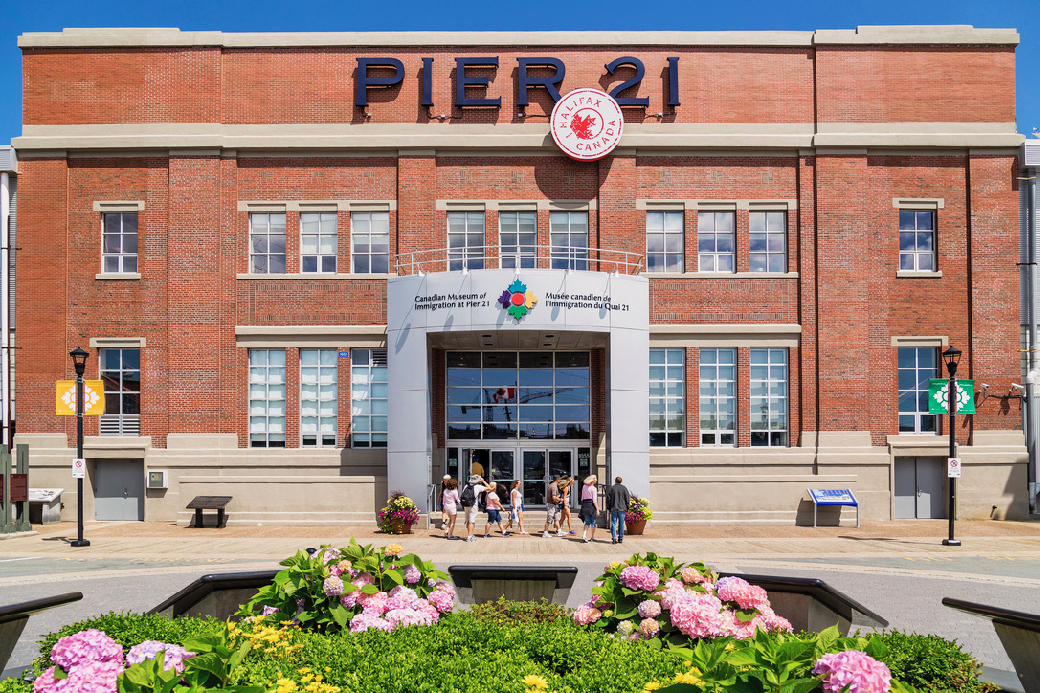 When the site’s immigration department closed in 1971 (fewer and fewer newcomers were arriving by sea), the oceanfront building would, over the course of time, house the Nova Scotia Nautical Institute, artist studios and an interpretive centre operated by The Pier 21 Society.

It was named a National Historic Site of Canada in 1996 and, in 2007, chosen as one of the Canadian Broadcasting Corporation’s Seven Wonders of Canada.

A few years later, the federal government deemed Pier 21 worthy of national museum status because Canada is predominantly (notwithstanding the Indigenous Peoples who have lived here for millennia) a nation of immigrants where “our identities are bound up in the stories of ancestors from hundreds of lands.”

This declaration led, in 2011, to the birth of the Canadian Museum of Immigration at Pier 21. At the time, the federal crown corporation would become Canada’s sixth national museum; today, it joins Winnipeg’s Canadian Museum for Human Rights as one of only two national museums located outside the national capital region. 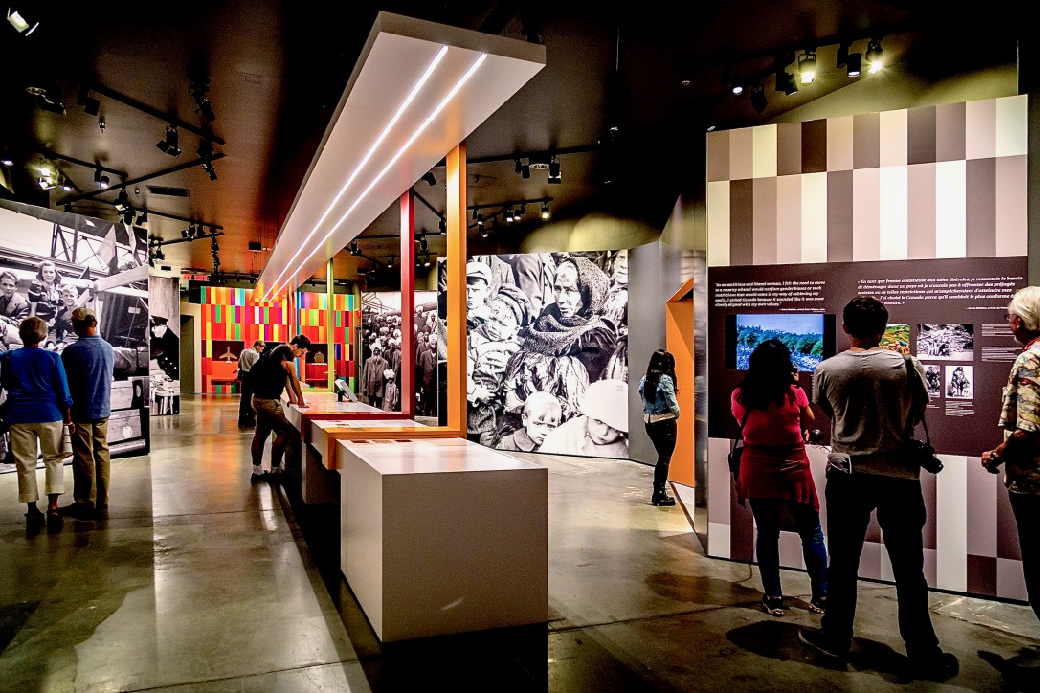 On the heels of my recent museum visit, I serendipitously met a man back in Calgary who first arrived in Canada (as a passenger on a ship called the Fairsea) at Pier 21 in 1951.

In an interview that would soon follow, an emotional and grateful Sam Schultz recounted what it was like as a young person who’d endured the extreme hardships of war to arrive on Canadian shores.

“I remember my family crying before I left Europe and I asked them ‘Why are you crying? I’m going to Canada!'” says Schultz, 87, who was born in a small Ukrainian village near the Russian border.

“After I arrived off the boat, I remember buying cigarettes, butter, half a loaf of bread and stamps. I got change back from a dollar. It was paradise,” recalls Schultz. “I was happy then, and I’m happy now.” 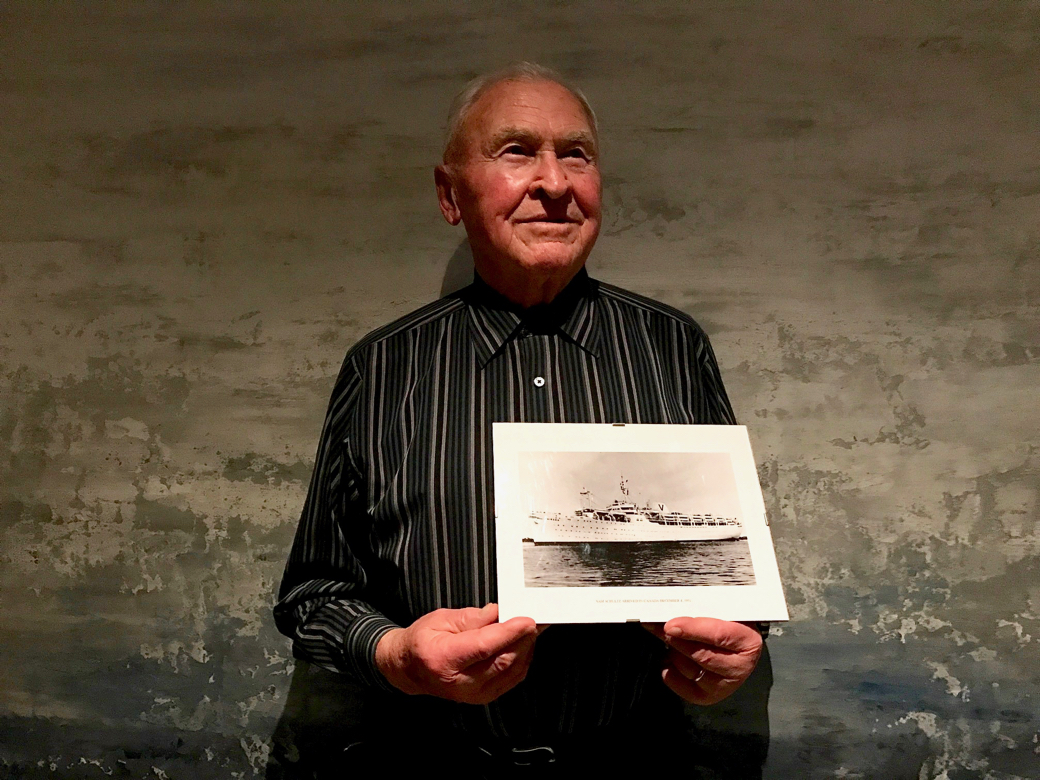 After years of gruelling work in lumber camps and meat-packing plants, Schultz went on to marry, raise a daughter and thrive as a businessman and hotel owner in Alberta.

But making money, he insists, was never the sole motivator for his success. As an immigrant from Eastern Europe, he wasn’t always welcome in his new home.

“People like me were considered second- and third-class citizens,” he says. “This was the most powerful motivator. I remember saying to myself that I will prove that I’m worthy of living here. I will become a productive citizen.”

Carrie-Ann Smith, vice-president of audience engagement at the Canadian Museum of Immigration at Pier 21, says it’s the people who visit the national museum who make her job worthwhile — from individuals like Schultz (who eventually paid the museum a visit later in life) to “war veterans to Holocaust survivors to war brides.”

When the museum achieved national status in 2011, its mandate expanded to address not just the legendary location’s history, but the ongoing story of immigration in Canada.

Now, employees like Smith also get to meet people like Chinese-born Wen Wei Wang, a professional dancer who was recently invited to perform at the museum. “We deal with living history,” says Smith. “It walks through our door every day.” 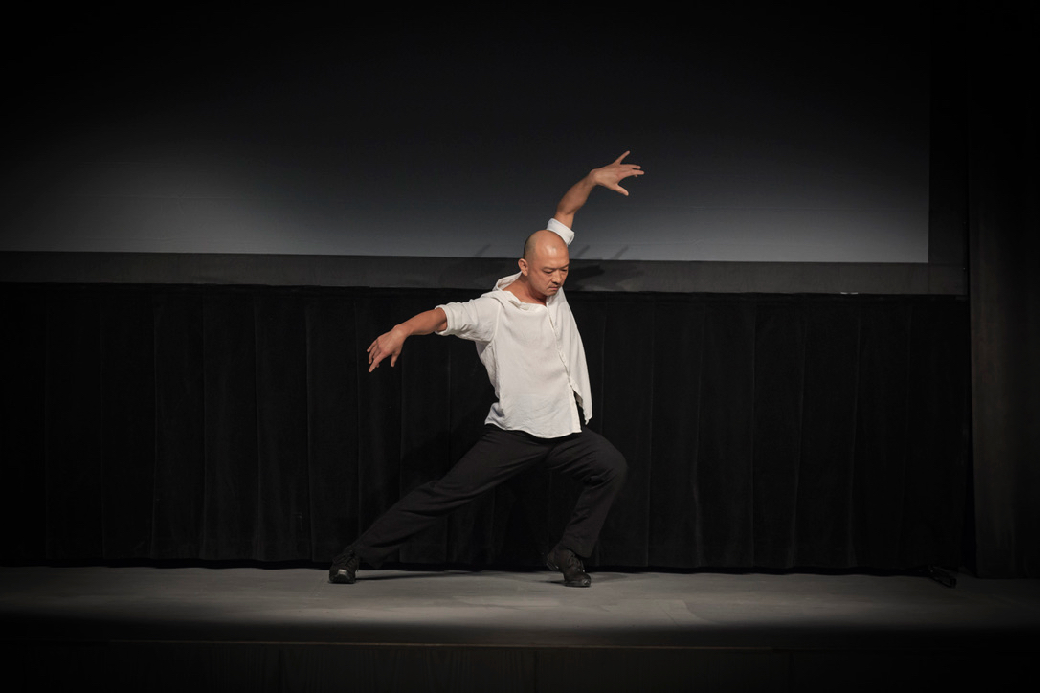 Reached at his home in Vancouver, Wang, artistic director at Wen Wei Dance, says his visit to Pier 21 helped him realize where he fits in as an immigrant to Canada.

“I always thought I was an outsider since I arrived in 1991. I am Asian. My colour is different. My English isn’t perfect. I just felt like I didn’t belong here in some way. Every new immigrant goes through some darkness or low time. Remember, most people don’t want to move out of their country. They’ve been pushed, by war or for political reasons,” says Wang.

“But when I went to dance in Halifax at Pier 21, I got tears in my eyes. I realized most people who live in Canada come from somewhere else. In this moment, I felt like I wasn’t a stranger any more. It made me feel like this is home and that I’m not alone. It’s different now.”

Pulling out the Kleenex box is a daily occurrence at the Canadian Museum of Immigration at Pier 21, says reference services manager Cara MacDonald.

“Emotions run high. People come in and talk to us about their most personal things. Many Canadians don’t know the history of their family. They speak to us and we help them discover their own stories,” says MacDonald.

She encourages Canadians everywhere to contact the museum with family-related questions, reach out to the Scotiabank Family History Centre (a free resource) and, when in town, be sure to check out the latest exhibit and event calendar. 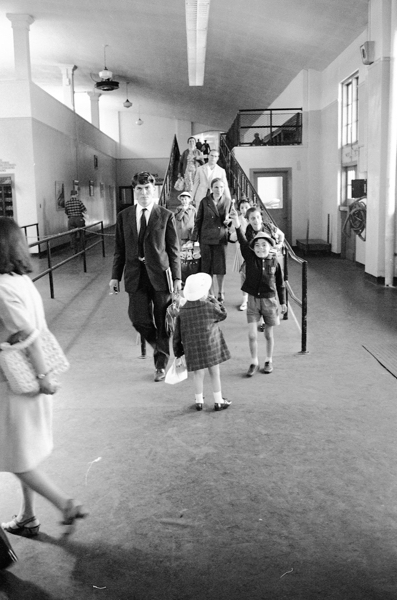 My experience at the Canadian Museum of Immigration at Pier 21 has left an indelible impression.

Since my visit — and with the question “Where are you from?” still echoing in my ears — I’ve been digging into my family’s Italian history.

I have relatives, connected to my mom’s family, living near Venice, Italy, who are reaching out to me on social media. “Come and visit us,” they beckon. “Italy is a very beautiful country. We will do a tour but we need to plan. There is much to see.”

I’m not sure I fully understand it (I may have to check in with my new friends at Pier 21) but, these days, I’m feeling homesick for a family I’ve never met and a country I’ve yet to visit.

Apparently, like the children of immigrants everywhere, I also have a need to know the stories of those whose blood flows through my veins.

Founded by two Canucks on the loose in a big country, Toque & Canoe is an award-winning Canadian travel blog.