Do you remember when unfettered wonder and awe were associated with international travel?

I sure do, and although my last trip abroad feels like a lifetime ago, it wasn’t.

It was December 2019, just before the world pandemic was declared, and I was invited to join a group of travel journalists on a rollicking urban tour of Reykjavík, Iceland.

Until my inaugural visit to this remote island nation, I’d heard only intriguing reports about Iceland’s spirited arts scene and enchanting, to the point of disbelief, landscape.

Now that I’ve been, I’m excited to confirm that these rumours are largely true. 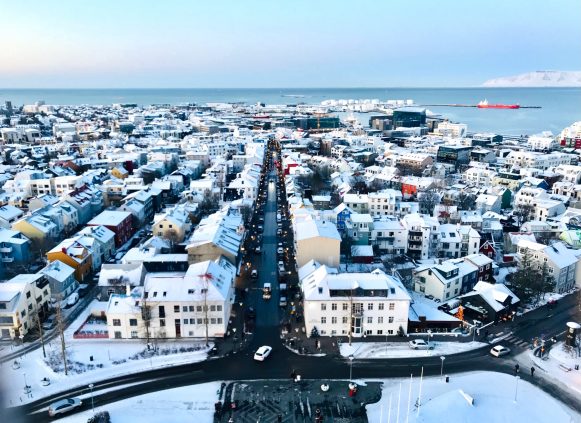 From the moment I land in Reykjavík, I’m taken with the city’s artful aesthetic.

Whimsically outfitted rooms at our Hotel Reykjavík Marina accommodations — where decor is inspired by the Nordic country’s nautical history — delight the senses.

And throughout the city, larger-than-life public art displays wow me at every turn. 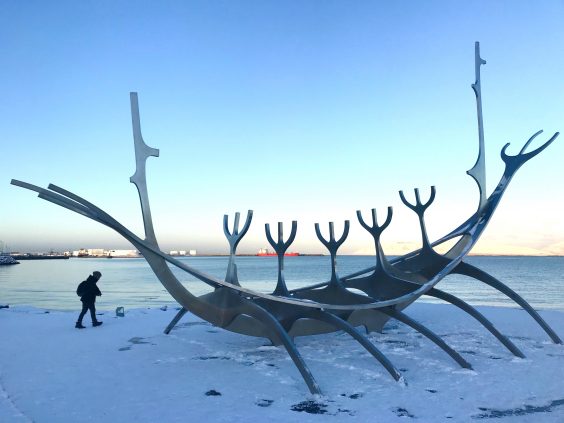 Our urban adventure takes us to the top of the iconic Hallgrímskirkja church (which stands 74.5 metres high), where we survey the city below and see on the horizon a 700,000-year-old glacier-capped stratovolcano named Snæfellsjökull (pronounciation here and, yes, a sight to behold.)

Together, we explore the famous shopping street Skólavörðustígur, where I discover and fall madly for the seductive wares of local jewellers orrifinn.

And we wander through the sparkling architectural marvel that is the Harpa Concert Hall and Conference Centre, a sculpture-like building designed to reflect Reykjavík’s skyline, as well as the surrounding sea and sky. 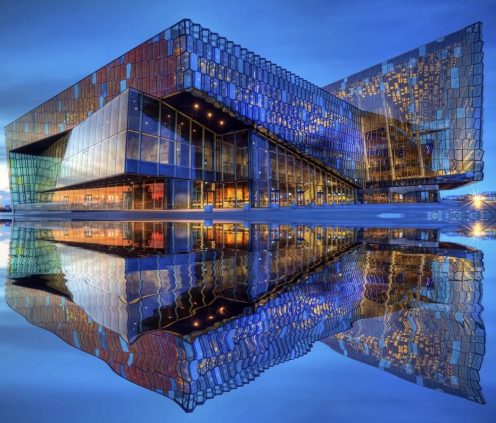 We also take a CityWalk tour, led by our exceptional guide Marteinn Briem, where we pause and reflect on landmarks as we learn about the history of Reykjavík, first established in 874 AD and believed to have been settled by a Norseman named Ingólfr Arnarson. 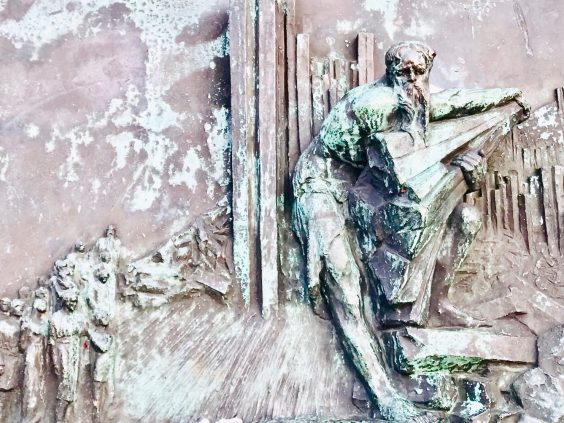 At night, we enjoy meals at Apotek Kitchen + Bar (think slow-cooked Icelandic sea trout with truffle mayo and crunchy quinoa) and in our hotel restaurant Slipbarinn, which doubles as a hub for locals in search of live music and cocktail culture.

Notably, Hotel Reykjavík Marina is situated across from a working dry-dock called Slippur, which makes for eye-popping hotel room views.

It’s also conveniently just steps from downtown Rekjavík in one direction and the heart of trendy Grandi Harbour District in the other. 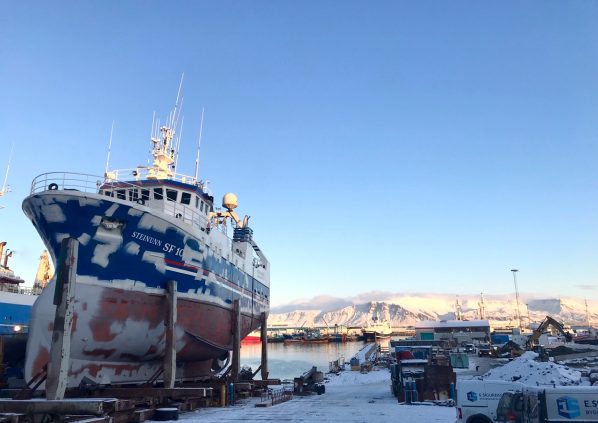 The Grandi neighbourhood — aside from being an up-and-coming arts, design and culinary community — is home to several attractions, including the Reykjavík Maritime Museum (where we learn how an ocean shaped a nation) and The Northern Lights Center (which examines the mythology and science behind the phenomenon).

Grandi is also home to an “immersive flying ride” called FlyOver Iceland, which is operated by Pursuit (my host on this trip), and the result of an ambitious local and international effort.

In short, the ride, overseen by former Disney Imagineer and creative director Rick Rothschild, is designed to virtually share the country’s spectacular, often difficult to access, scenery with Icelanders and tourists alike. 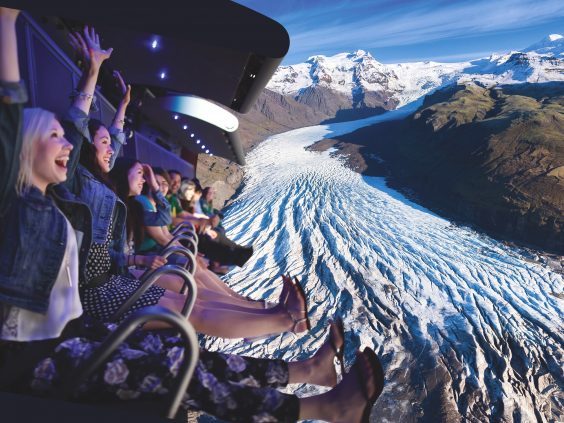 Multi-sensory special effects, a giant spherical screen and breath-catching aerial footage combine to make me feel like a sea bird surfing high above Iceland on the North Atlantic wind.

The experience is both playful (it makes me feel like a child again) and profound (the musical score, created by prominent Icelandic musicians, takes it next level). 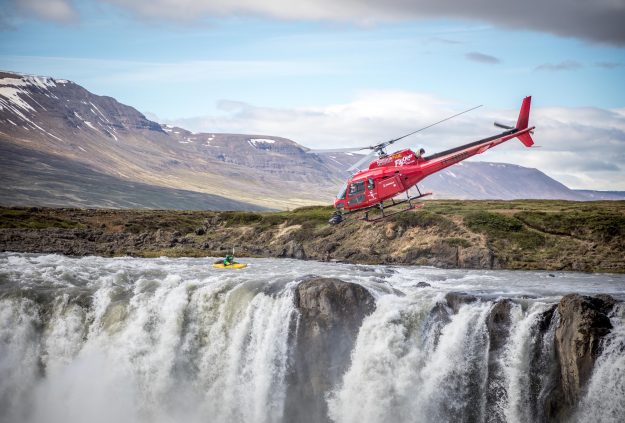 “We spent almost 100 hours in the air with the best helicopter pilots in the world,” Dave Mossop of Sherpas Cinema tells me. “Iceland’s landscape never stopped surprising us. If you ask me, the whole country is intrinsically marvellous.”

I couldn’t agree with Mossop more, and I can safely say that this Canadian is nowhere close to being done with “the land of fire and ice.”

There is so much still to explore — in person, on the ground and in the backcountry.

For now, until it’s safe to travel again, I’m grateful for my Reykjavík adventure.

Not only was it a pile of fun, but it embodied the wonder and awe that have made me a lifelong traveller in the first place.

Note to reader: Our writer was a guest of Pursuit — “a collection of inspiring, unforgettable experiences in iconic destinations.” This story was not reviewed or edited by our partners in tourism before publication. Many thanks to everyone in Iceland who made our stay so memorable, including Eva Eiriksdóttir (seen below), manager of marketing and brand experience with FlyOver Iceland. 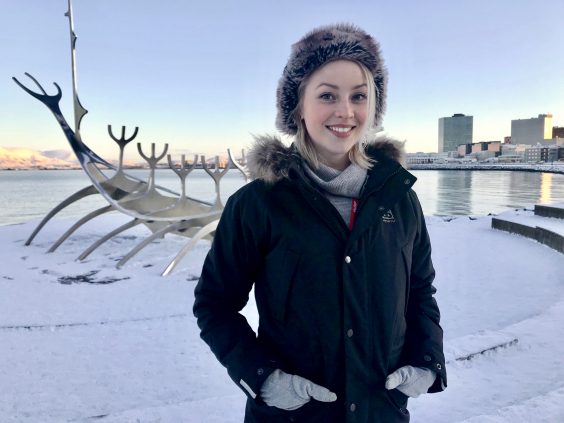