It must have been something to approach Canada’s East Coast by steamship on March 8, 1928 — to sail from Europe across the ocean towards a rugged coastline before spotting a lighthouse and then cargo terminals that would mark the beginning of a new life.

Fifty-four men, women and children — hailing from Holland, Romania, Russia, Germany, Lithuania, Finland and Greece — would disembark from the Nieuw Amsterdam on this historic day.

They would be the very first of nearly one million people to arrive in Canada by ship via Nova Scotia’s Pier 21 between 1928 and 1971.

“I can tell you that these first arrivals were likely feeling a full range of emotions — from exhilaration about getting on with a new life to anxiety about the state of their luggage to a profound sense of loss, having left friends and family in their countries of origin,” says historian Steven Schwinghamer who, with co-author Jan Raska, recently wrote Pier 21: A History (co-published by their employer, the Canadian Museum of Immigration at Pier 21, along with the Canadian Museum of History and the University of Ottawa Press.)

From this legendary ocean immigration facility in Halifax — where passengers walked the ship’s gangway directly into the second story of a brick-clad cargo shed — these 54 newcomers boarded trains that promptly whisked them west to Montreal where some would stay, with the rest travelling onwards from Quebec to Ontario, Manitoba, Saskatchewan, Alberta and British Columbia.

But how their lives would unfold remains a mystery, which is why the Canadian Museum of Immigration at Pier 21 is asking Canadians for help. 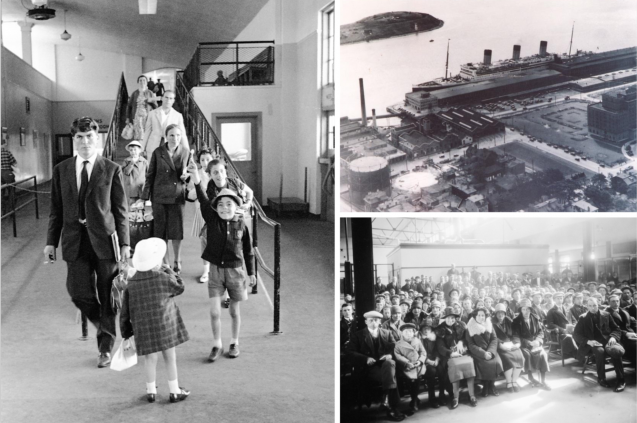 Photos 1, 2 & 3 courtesy The Canadian Museum of Immigration at Pier 21 and Library and Archives Canada (more info below)

Cara MacDonald, the museum’s Librarian and Genealogical Research Manager, says the publication of Pier 21: A History started her thinking about the museum’s “firsts.”

“Firsts are momentous occasions. Think of it: We all remember our first job, the first time we rode a bike, our first home,” she explains. “As an immigration port, the most significant first would be the first arrival. The arrival of this ship — the Nieuw Amsterdam — was our first major event.”

While MacDonald says she has many cherished relationships with people who share history with Pier 21, the museum has not had contact with anyone connected to the 54 immigrants who arrived on the Holland America Line steamship ninety-three years ago.

“I’ve published the list of these passengers on my blog,” she says, “and I encourage people to have a look. Do you know someone with any of these names? Do you see your own name on this manifest?” 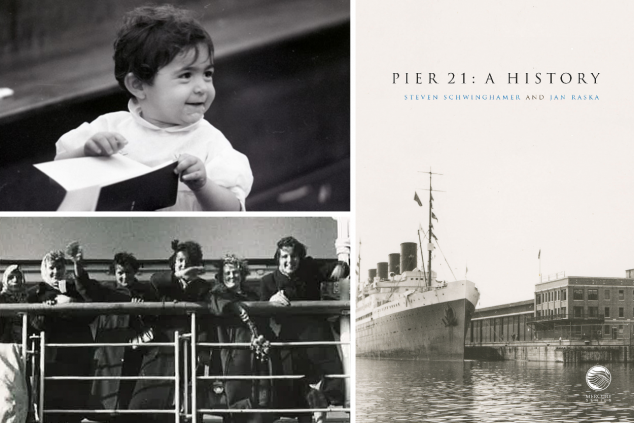 If anyone reading this story has information about these “First Families of Pier 21,” MacDonald encourages them to reach out to museum staff in an email (sfhc@pier21.ca).

“I’m a puzzle person. I love this stuff,” says MacDonald, who has more than 10 years of genealogical experience. “I love that this project is a way of engaging with people across the country, if even just to get them thinking about their own origin stories.”

This March also marks the 50th anniversary of the closing of Canada’s famous “front door,” which shut down as an ocean immigration facility in 1971 and was eventually named a National Historic Site of Canada.

In 2011 — after, over the years, housing the Nova Scotia Nautical Institute, artist studios and an interpretive centre operated by The Pier 21 Society — the Canadian Museum of Immigration at Pier 21 was born.

Located at this storied site, the new national museum would soon become the vibrant hub for Canada’s immigration story — past and present — that we know today.

6. Pier 21: A History — Photo of book cover courtesy the Canadian Museum of Immigration at Pier 21

This post was powered by The Canadian Museum of Immigration at Pier 21. For our earlier collaboration with Pier 21, check out Hey Canada, where are you from?