This post is the result of an arm’s-length collaboration between the Indigenous Tourism Association of Canada and Toque & Canoe.

When I was growing up, as an occasional treat, I enjoyed what were considered “iconic Canadian” meals.

These dinners would open with fresh oysters or smoked salmon. For the main course, we might enjoy Atlantic lobster or poached Arctic char, served with steaming grains of nutty wild rice. Dessert would often be topped with a drizzle of maple syrup.

As non-Indigenous Canadians learn more about Indigenous cultures, we’re reminded that many “iconic Canadian” foods were harvested, prepared and shared by First Peoples living on this land long before Canada became a country.

Today, from coast to coast to coast, Métis, First Nations and Inuit producers are not only continuing this tradition, but they’re innovating like never before.

Given that Canada has the world’s longest coastline, it’s no wonder that fish and seafood have always been central to the diets and economies of coastal communities.

On the country’s West Coast in British Columbia, there are dozens of Indigenous-owned fishing and seafood operations, including Klahoose Shellfish, farmers of geoducks (a mud-burrowing mollusk valued here at home but also in China) and Salish Seas, which harvests and markets, among other ocean delights, halibut, prawns and herring.

On Canada’s East Coast, fans of Prince Edward Island’s legendary oysters might be interested to learn that there’s a good chance their luscious bivalves originated in the Mi’kmaq community of Lennox Island First Nation — home since 2016 to the Bideford Shellfish Hatchery and one of the only Indigenous-owned and operated oyster seed facilities in Atlantic Canada.

“We’re creating life here, which is essential for oyster production,” says Mike Randall, executive director of Lennox Island Development Corporation. “And business is booming.” Given the community’s growing expertise, it recently developed an oyster farm of its own, branded as Lennox Island Choice Oysters. 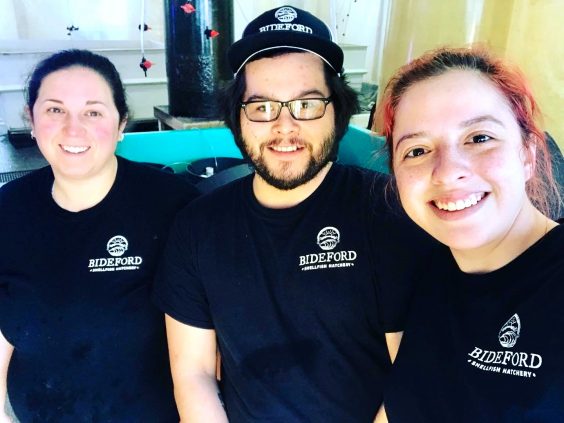 Many Canadians will recognize the name Clearwater Seafoods — one of North America’s largest seafood companies with sales in 48 countries worldwide.

In a recent historic takeover, 50 per cent of the Nova Scotia-based company, which sells everything from wild-caught lobster to rock crab, was purchased by a coalition of seven Mi’kmaq First Nations.

With B.C.’s Premium Brands purchasing the company’s other half, the landmark deal is the single largest investment in the industry by an Indigenous group living in Canada.

“For 13,000 years, the Mi’kmaq have sustainably fished the waters of Atlantic Canada and today, on this truly transformational day, we are owners of a global leader in the fishery,” Membertou Chief Terrence Paul announced in a letter to his community. 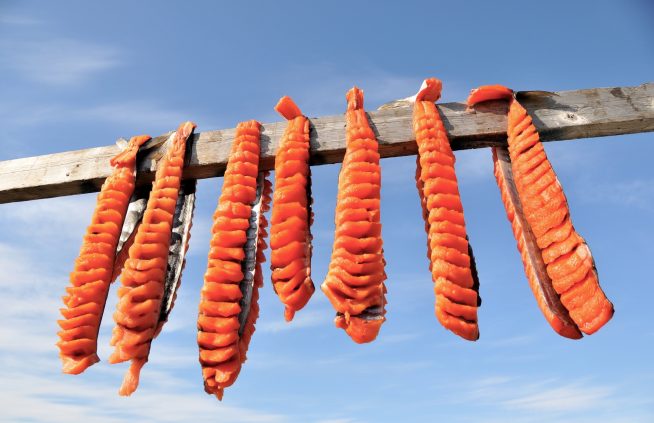 Of course, across Canada’s North, the ocean has consistently been the coastal Inuit’s lifeline.

Kitikmeot Foods in Nunavut’s Cambridge Bay was incorporated in 1993 with support from the Nunavut Development Corporation, an entity that invests in “employment and income opportunities for residents” living in the territory’s smaller communities.

During peak production, the plant (profiled here by the CBC) employs 20 full-time staff and up to 50 seasonal fishers who harvest Arctic char, a rich-red cold-water fish similar to salmon.

Sold as whole-dressed, fillets, candied char and jerky, much of this delicious, nutritious fish feeds Northern communities, but it’s also shipped throughout Canada and to the United States, where it’s served in fine-dining restaurants. 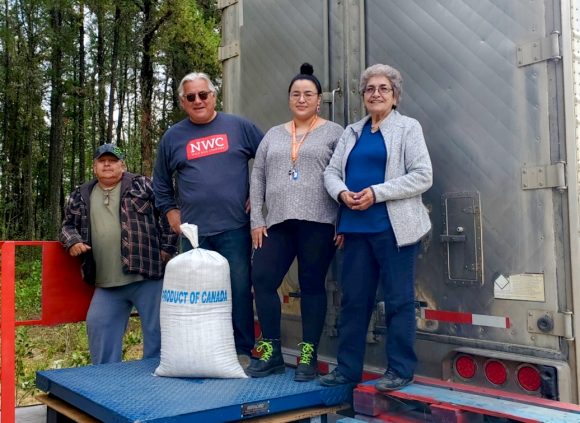 “Our people’s strong connections with traditional foods are not a thing of the past,” says Nap Gardiner, CEO of northern Saskatchewan’s NWC Wild Rice Company and a proud Métis.

Though referred to as “rice,” wild rice is in fact a grain that requires annual re-seeding in boreal forest lakes, rivers and streams.

The 100 per cent Indigenous-owned company — which buys from predominantly Indigenous harvesters and is working to “evolve a model that maximizes a return to our people” — sells wholesale online and around the country.

“Buyers appreciate the whole Indigenous thing. They feel a tie and bind to you, which is gratifying and good for business,” says Gardiner. “The ancients tell us that we belong to the land and the land belongs to us. You can taste the land and its nourishment in our rice.” 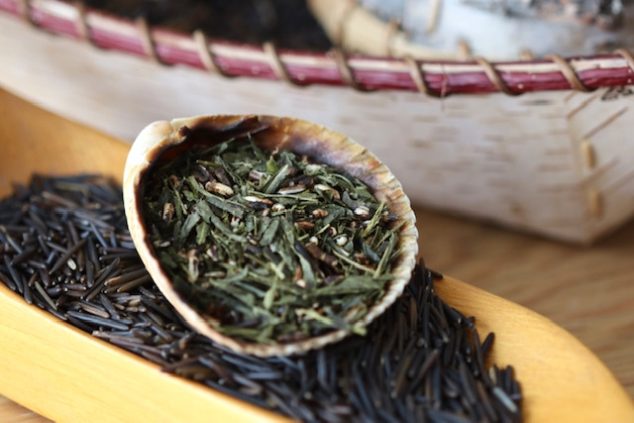 “I tell people it’s been like CBC television’s Dragon’s Den, only in reverse. We didn’t go to big business, big business came to Tea Horse,” says Bohémier. “This is huge for us.“ 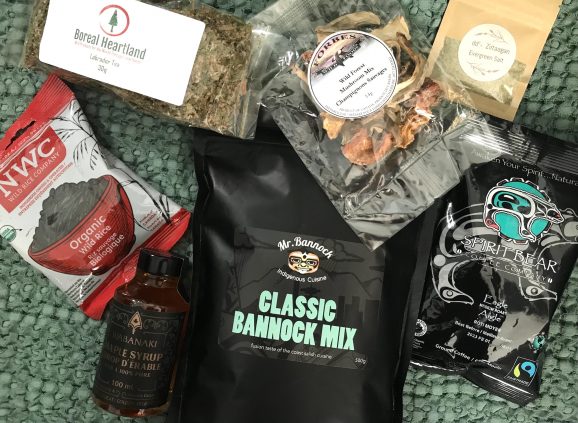 In New Brunswick, Wabanaki Maple Syrup – featuring a product that has been cherished as a medicine and a sweetener by Indigenous people for centuries — is being marketed as “a taste of our land’s cultural fabric.”

The 100 per cent Indigenous female-owned company, based in Neqotkuk (Tobique First Nation), steeps condensed sap in used whiskey, bourbon and rum barrels to create “barrel aged maple syrup” so consumers can sweetly enhance everything from morning cups of coffee and pancakes to salmon dishes and ice cream.

With the goal “to preserve, restore and share our traditional foods with the world,” Gladue takes bison meat and turns it into healthy, gluten-free “dry meat,” an ancient winter survival food.

Bearing an “Elder Approved” stamp, it’s proving to be so popular, the delicacy is now sold countrywide at chain supermarkets and in health food stores.

“We have about 300 stores in our pockets and we’ve been shipping all over Europe, the U.S., Japan and Australia,” says the entrepreneur, who sources grass-fed, hormone- and steroid-free bison in Alberta and who learned, in part, how to prepare the bison from his mother, a Northern Dené from Fort Good Hope in the Northwest Territories’ Sahtu Region.

“We proudly make it with only two ingredients — bison and smoke.” 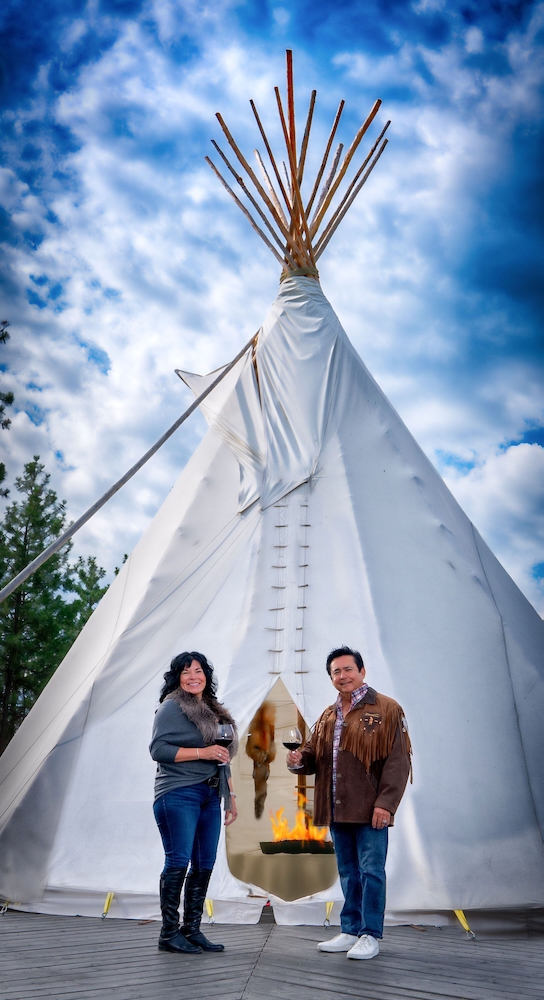 Of course, not all Indigenous-led food enterprises are rooted in tradition, and why should they be?

“We’re being encouraged to take part in the food economy throughout Canada and we need a place at that table,” says Jenni Lessard, a Métis chef from Saskatchewan’s Qu’Appelle Valley and owner of Inspired by Nature Culinary Consulting.

“You should be able to bring your character, personality and heritage to any venture,” says Lessard. “If you’re Indigenous, then bring it. It enhances everything, from your brand to your audience.”

West Kelowna, B.C.’s Indigenous World Winery is doing just that — choosing to merge contemporary and traditional cultures in the region’s Okanagan and Similkameen Valleys where the owners, Robert and Bernice Louie, are descendants of the Syilx people.

In 2014, the winery’s 2.5 acres of vines were planted and they’ve since flourished, producing world-class wines that earn international awards — wines that come from “land that has supported the Syilx people for over 10,000 years.”

The company has expanded into spirits and their gin, sold in bottles and boxes adorned with First Nations art, is flavoured with locally foraged botanicals, including lavender and milk thistle.

Craft beer production is also being embraced by Indigenous entrepreneurs across the country. In Quebec, Kahnawake Brewing Company became one of Canada’s first Indigenous-owned microbreweries when they opened their doors in 2018. The same year, Abbotsford, B.C.’s Ravens Brewing Company won best Gose at the World Beer Cup. 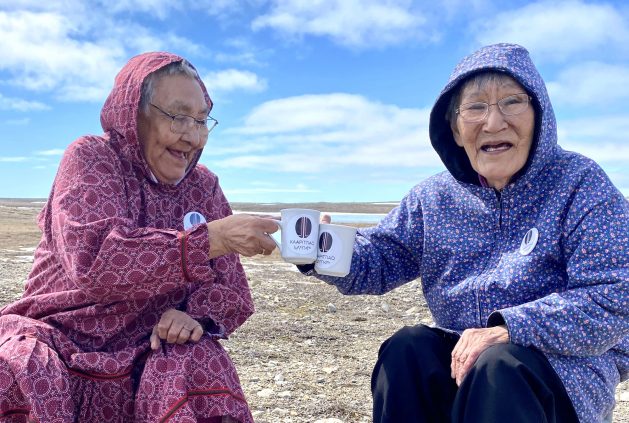 Taking the craft beer scene a creative step further is Red Tape Brewery, owned by Sarabeth Holden (who is of Inuit ancestry) and her husband Sean. After a decade of producing custom beers for special events as a hobby, the couple opened a bespoke taproom in Toronto in 2020.

Holden is excited to announce that she’ll be featured as a contestant on Indigenous entrepreneur-focussed Bears’ Lair TV this fall (to be aired on APTN).

“It’s an amazing platform,” says Holden. “Getting to know other Indigenous businesses has been wonderful. I’ve been inspired by their resilience, which is critical to the survival of our cultures.”

Red Tape Brewery’s microbrews have incorporated everything from Inuit plants like Paunnat (a purple flowering plant that grows in Nunavut and Northern Quebec) to Kaapittiaq Coffee, the product of an Inuit-owned social enterprise, which is used in their porter.

“It’s good coffee, which is what kaapittiaq (“ka-peet-ee-ak”) means in Inuktitut,” says Holden.

Kaapittiaq Coffee’s board, comprised of Cambridge Bay Inuit elders, pours 75 per cent of its profits into preserving Inuit culture and language in the Nunavut hamlet. The coffee is sold across the country.

“When we have excess production, and we often have more eggs than we can use, we sell food to grocery stores in Dawson City and sometimes even Whitehorse.” 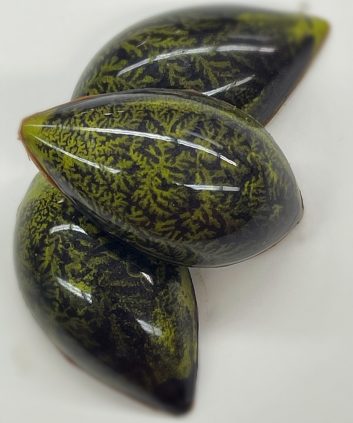 Finally — though again, this feature is just a sampling of what’s happening across the nation — chocolate lovers everywhere may be interested to learn about the 2020 launch of Raven Rising, Global Indigenous Chocolates and Pastry, which is owned by Chef Tammy Maki of White Bear First Nation in Saskatchewan.

A certified Red Seal journeyman pastry chef, Maki says she was “a product of the 60s Scoop” and adopted by a Finnish family in Ontario where she grew up. “Raven Rising is a journey for me, a way to re-connect with my Indigenous identity. Right now, I’m doing my research and asking the questions.”

The socially minded e-commerce chocolate shop showcases Indigenous ingredients (including cedar, mountain mint and bergamot) from Canada and around the world. A portion of sales are donated to societies that support First Peoples.

Creativity, community spirit, respect for one another and the planet, a sense of caring beyond financial gain — these are recurring themes in Indigenous-owned and operated “land and sea to table” businesses in Canada.

Nap Gardiner of NWC Wild Rice says it best: “When people support Indigenous businesses, they’re supporting a worldview that’s good for everyone. It’s a worldview that will ultimately help us all care for our celestial canoe, otherwise known as Earth.”

Editor’s note: If you’re interested in learning about how Indigenous cuisine is transforming the Canadian culinary scene, be sure to check out www.indigenouscuisine.ca

Toque & Canoe is an award-winning digital platform featuring stories about travel culture in Canada. Feel free to follow us on Twitter, Instagram and Facebook As always, we’re grateful to our partners in travel who keep us paddling forwards.